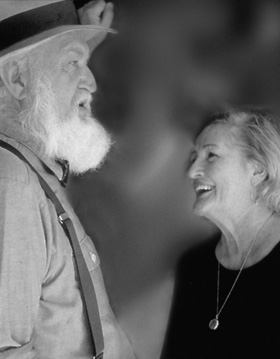 Rosalie Sorrels is one of the most notable and vibrant voices in the American folk music scene. She has traveled this country, usually driving herself, for over 40 years. Wherever she has stopped she has made lifelong friends, whether they be artists, writers or political activists. Gamble Rogers referred to her as “the hillbilly Edith Piaf,” and the Boston Globe has called her “one of America’s genuine folk treasures.”

Rosalie was born in Idaho and still lives there today in a log cabin her father built, 30 miles outside of Boise. She began her career as a folklorist in the 1950’s and has accumulated an encyclopedic knowledge of the folk idiom, ranging from English ballads to Mormon songs to the work of contemporary songwriters. Her interpretation of these songs and stories, along with her own impressive body of original work, serve to create and preserve the oral folk tradition.

An independent spirit, Rosalie left her husband in the mid 1960’s and went on the road with her five children to begin a career as a musician, playing at the Newport Folk Festival and other legendary venues. Her homes in Boise and then in Salt Lake City were the stopping places for just about any creative person who came through town, including not only musicians but some of the pivotal figures of the Beat Generation. Many of them have remained her friends and sometime collaborators. Oscar Zeta Acosta, Hunter Thompson and Studs Terkel wrote introductory liner notes for her albums. Robert Creeley wrote a poem about her. The noted composer and filmmaker David Amram played French horn and flute on one of her early albums. Studs Terkel has included interviews with her in two of his books, American Dreams Lost and Found and the most recent, May the Circle Be Unbroken. The late great folk icon Bruce “Utah” Phillips was her close friend for over 55 years and collaborated with her on many projects, including The Long Memory, an album they released together on Red House Records that features obscure union songs and stories of the working class.

In recognition of her role as a creator of and collaborator in the American culture of the second half of the twentieth century, the University of California at Santa Cruz has set up a Rosalie Sorrels Archive as part of its Beat Generation Archives. The University of Idaho awarded her an honorary Doctorate of Fine Arts degree in 2000, and the next year The Boise Peace Quilt Project presented her with a peace quilt, adding her name to the distinguished list of workers for peace and justice who have been presented with quilts.

Despite a bout with cancer and a cerebral aneurysm that nearly killed her, Rosalie has recorded 24 albums and written three books, including Way Out in Idaho, published in honor of the Idaho centenary, a monumental collection of songs, stories, pictures, and recipes gathered in the course of three years spent traveling around her home state and listening to its people. Her 2004 album My Last Go Round was nominated for a Grammy for Best Traditional Folk Album and was a musical journey through her 40-year career in folk music, featuring some of her favorite friends including Jean Ritchie, Christine Lavin and Loudon Wainwright III.

Although the self-described “travelin’ lady” has officially retired from touring, she returned to the studio in 2007 to make an album to benefit her friend Utah Phillips, who had congestive heart failure. Although he died on May 23, 2008, his songs are given a new life on Rosalie’s album Strangers in Another Country: The Songs of Bruce “Utah” Phillips. Known as one of the foremost interpreters of Utah’s songs, Rosalie remembers songs even he had forgotten. The collection features some of his lesser known, rarely performed classics, many of which have only been available on obscure recordings and are only now available on CD. Produced by Roma Baran and featuring special guests Kate & Anna McGarrigle, Peggy Seeger and others, Strangers… is an instant classic and represents Rosalie’s finest singing, full of the beauty, strength and honesty that has made her one of this century’s most important American voices. 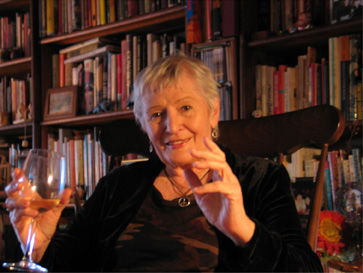 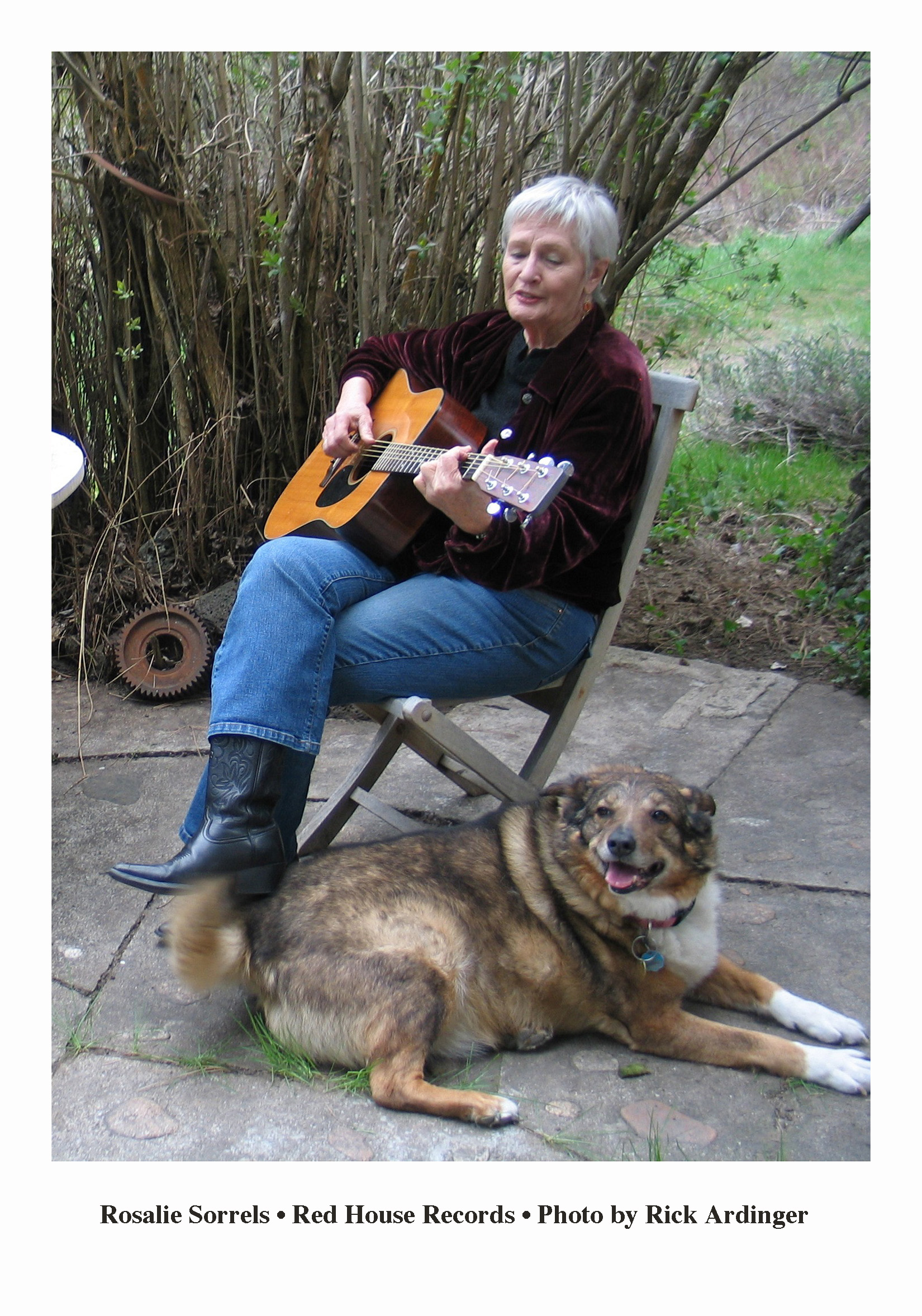